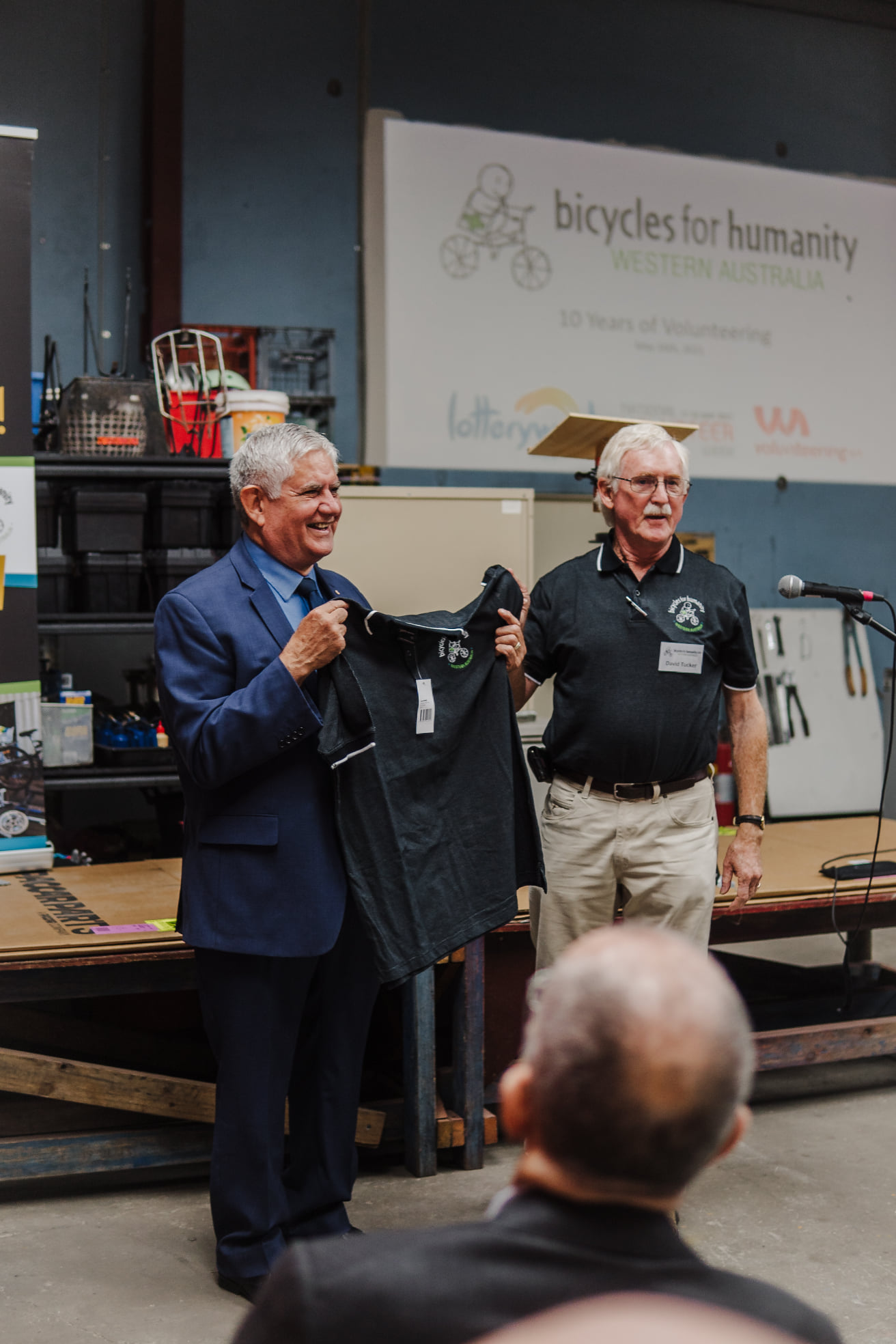 2021 is a big year for B4HWA Chapter! 2021 is the year they celebrate their ten-year anniversary of volunteering. Earlier this year, over 70 people attended a celebration at Midvale to commemorate the event, which featured a speech from guest of honour Ken Wyatt (Federal Member for Hasluck).

Excitingly, 2021 is also the year that B4HWA founder and Operations Coordinator Jamie Brindle was honoured as one of the 10 finalists in the ABC Spirit of Volunteering Award.

Established back in 2011, B4HWA was created to address barriers to development and healthcare in rural Africa. In the ten years following their establishment, B4HWA has had a huge impact with 19 containers holding over 6900 bicycles delivered to Namibia, South Africa, Uganda, Kenya Zambia and Malawi. The most recent container touched down in Namibia earlier this year, with 406 bicycles being shared between eight shops.

In addition to these remarkable overseas donations, B4HWA also donates bicycles to schools in remote communities in Western Australia. B4HWA recently welcomed a new regional hub in Esperance, marking the fourth regional hub in WA. The Esperance Hub is led by Graham Mackenzie and his colleagues at the Rotary Club of Esperance.

B4HWA’s work doesn’t stop there! They are currently undertaking a research and development project with the aim of developing other useful bicycle based aids for Africa. The newest invention is a bike that has a trailer attached to carry water!

We are so excited to see what B4HWA has in store for the next ten years! To keep up with their newest developments head over to https://b4hwa.com.